How to finger a girl (the right way)

“Yeah man, I was knuckles deep in her at the club the other night, but we were both so drunk we passed out like that, leaning against the wall by the restrooms with my hand in her panties.”

The truth is though, putting some effort into learning how to finger a woman the right way can take your game to the next level. 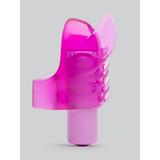 The importance of learning how to finger a girl – with finesse

Let’s start out with a few facts:

But if you want to give her a mind-blowing orgasm, you might take a little extra time to polish her peach before slipping her the pickle.

And remember: unless you’re some kind of truly alien freak, your fingers are more agile, bendable, and mobile than your dick.

As we’ve all known since around age 12 or 13, we have the power in our hands – literally – to make amazing things happen.

Sometimes several times a day. So maybe it’s about time you put your well-versed jacking skills into learning how to do some jilling.

1. How to finger your girlfriend: Do some recon

So, great. Hit the clit and we’re good to go, right?

Not quite. Despite teenage you being overjoyed when he managed to find the clit, the fact is, that little bundle of nerves is super sensitive. You don’t want to start bashing away at it with your filthy monkey fingers first thing.

We dudes naturally see the world from a penis-centric viewpoint. So, when we’ve found the spot where we know she likes to be touched, we think of it like when a girl finally, FINALLY reaches down and starts teasing our cocks.

(Admit it, after a few seconds of that we’re all thinking, “For Christ’s sake love, just take it out, get a good grip, and start stroking it already!!”)

A woman getting fingered before you leap onto her clitoris willy-nilly is going to be more properly warmed up and stimulated for more intense clit action.

Take the time to explore her entire vulva, as it’s all tremendously sensitive too, including the mons pubis or pubic mound, the outer labia and inner labia. 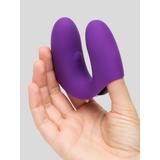 Some women just don’t get as slippery as others, at least not right off the bat.

Yet that puts you in a bit of a bind when you’re trying to figure out how to finger a girl, simply because all your scrabbling around down there is a lot more pleasurable for her when she’s as wet as an otter in a rainstorm.

So, don’t be afraid to introduce some lube into the mix. Some women can get embarrassed about not being wet right away – like whiskey dick for us – but a fun way to get around this is to invite her to use lube on you too. 😉

3. How to finger a girl properly? Be patient

This one goes to understanding the differences between a coochie and a custard launcher: they work on different timelines.

But if you want to know how to finger someone and get good results, start slow. On average it takes a woman 15 minutes of stimulation to reach orgasm, and that’s when she actually likes it.

But how do you tell what part of the symphony you’re currently playing in?

Again, unlike when you rub one out in the toilet stall on your lunch break, guys, this is a process that requires a little finesse.

As you slowly build on those preliminary light touches on the outside of her vulva, working your way in slowly and finally centering your attention on the clit, you’ve got to key in on what she’s telling you – whether or not she’s saying it in words.

Listen not only to her breathing and the non-verbal sounds she’s making, focus on how she’s moving her body against your hand as you do your thing.

“Communicate with your bitches!”

If she’s grinding against your hand and moaning when you’re doing a particular move, stick with that!

And don’t be afraid of verbal communication either. Most women will tell you that simply asking, “Do you like it when I do that?” is a huge step. Being open and simply asking for direction goes a long way toward helping her feel more relaxed. 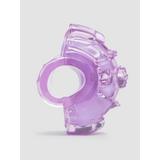 5. How to finger a girl: Know your methods

But here are a few specific methods to try.

Some women really get off without a whole lot of penetration. Try circular motions focused more on the outside of her labia with just the tip – haha – of a finger flickering inside now and again.

Gentle pressure with your palm on her clit at the same time often gets a nice response…just saying.

All the way in

On the other hand, some women really, REALLY dig it when you stroke the bundle of nerves on the inside upper wall of her vagina underneath her clit – aka the G-spot.

Keep in mind, the same warning applies to the back side of the clit as to the front: ease into this with caution and be attentive to her responses.

Lots of times a woman getting fingered likes a sort of “come here” motion with your fingers pressing against that area, inside the upper wall of her vagina, gentle at first but ramping up.

You know how you like it when a woman is blowing you and she goes super hard and fast for a few strokes, then slows down and barely teases you with her tongue for a bit? Yeah…

Think about that as you play with your lady’s parts: delving in, slowing down and pulling back out to switch to playing more outside, rinse and repeat.

Here’s a few choice lubes to get you started!

Uberlube – At $18 for a 1.7 oz bottle, Uberlube comes in a super stylish bottle and has no affiliation with the rideshare robber barons. Unscented and flavorless, this silicon-based lube also contains Vitamin E for healing chafed parts!

KY Glide – Hey, why mess with success? KY is a classic staple of sexonauts everywhere for good reason. Smooth, water-based lube, baby, a bargain at $6.74 for a 4-oz bottle.

FAV – You want to impress a girl, get some luxury lube from FAV. Water-based and also in a stylish bottle for the bedside, a huge 33.5 oz bottle is only $18.95.

Fun in the sun: The 10 best sex resorts to explore

How to grow a thicker beard: Beard growth tips